HOW TO SMOKE QUIT: 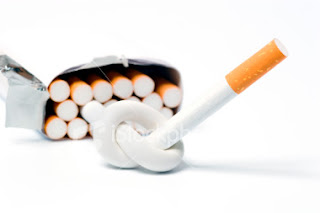 Do you want to stop smoking, but you do not get.

1. Assume until that time, you had never smoked, and then you have to work.
Buy stack of cigarettes and try to smoke.
2. Say you all smoke and smoke, but the taste and smell is not there.
Light cigarettes, the method of serving its open fire and smoke here.
3. Assume you are unable smoke up over a sufficiently long
time. Remove from cigarette packets and Stop chasing the stack itself.
4. Say you felt bad pain in the mouth cavity. Turn cigarettes in a way that has been in the mouth it’s not the end alight.
5. Let's say you do not like the taste of cigarettes. Perhaps you smoke filter.
To this from happening, buy cigarettes without filter - Primo or Astro, or thin end of "Death under sail" production friendly Cuba.
6. Assume you dizzy head hurts and nausea.
Then go vodka first, and then smoke. Vertigo and nausea it will be possible to write off alcohol.
7. For example, cigarette you often go out. We must remove cigarettes from mouth, when you drinking vodka.
8. Let's say you went from the smoke. Do not panic, unlike vodka and smoke
should behave. WARNING! Not entangle of you should go smoke rather than vodka. And that smoked up new cigarettes are not necessarily make a new toast.
9. Let's say you already love to smoke, even smoke year-another, to build on the skills obtained.
10. Now abandon.
Posted by Cigarettes at 8:00 AM