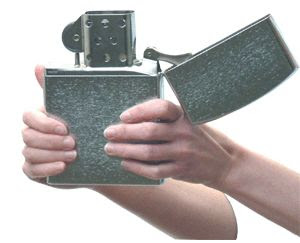 A guy walks into a bar, sits down next to another guy and immediately notices the guy has a very large Big cigarette lighter.

“I can’t believe this,” says the guy who had just placed his wish, “I asked for a million bucks, not a million ducks!”

The second guy then says, “Do you really think I wished for a 12 inch Big?”
Posted by Cigarettes at 8:41 AM